How Do You Fix a Gas Oven That Won’t Heat Up?

First of all, if you’re nervous about working on your gas oven (or not completely confident in your DIY appliance repair abilities) then you’ll need to schedule a Sears Technician to diagnose and repair your oven when it won’t heat. Safety should always be your highest priority when fixing appliances—even if you need to have someone repair your oven for you.

Even if you’re sure that you’ll have an appliance technician complete the oven repair, it doesn’t hurt to understand the troubleshooting and repair process involved in fixing a gas oven that won’t heat. There’s a chance that you can follow some of the troubleshooting steps described below and safely fix the oven yourself.

If you want some practical troubleshooting advice to see if you can fix a non-heating gas oven yourself, you’re in the right place. Carefully follow the troubleshooting and diagnostic advice described below to repair a gas oven that isn’t heating.

When troubleshooting any appliance failure, start with the basics. Sometimes a simple fix does the trick.

Just about anyone can follow these basic tips to check the gas supply going to the range or wall oven:

If the main gas cut-off valve for your home is open and no appliances are getting gas, then you need to contact your gas supplier to figure out what’s wrong.

If other appliances are getting gas but you suspect that your wall oven or stove isn’t getting gas, then you’ll likely need to have a plumber or gas technician from your gas supplier fix the gas supply going to your stove or wall oven.

Apply to be a Sears Tech now.

Many gas ranges have a service cut-off valve on their pressure regulator at the back of the stove. It shuts off the gas supply to the oven but not the surface burners.

If the surface burners on your gas stove work but the oven burners aren’t getting gas, make sure that the lever on the service cut-off valve is in the open position.

Advanced Troubleshooting For a Gas Oven That Won’t Heat

After the video goes through some of the basic troubleshooting steps described above, the following diagnostic techniques are used to figure out what’s wrong with a gas oven that won’t heat.

Most gas ovens use a glow bar ignition system that uses this ignition process:

The number 1 failure preventing a gas oven from heating is a weak igniter. The igniter won’t get hot enough to allow adequate current to flow to the safety valve so the valve won’t open to let gas flow to the burner for ignition.

That’s why we recommend testing the oven igniter first.

Pull the bottom panel out of your cold oven. Start the oven and see if the igniter glows.

If the igniter glows but the burner doesn’t ignite because the gas valve doesn’t open, then you’ll likely need to replace the igniter. As noted in the video, if you’re uncertain whether your glowing igniter has failed, you can schedule service for your oven and have a Sears service technician check the amp draw through the igniter circuit.

Now, if the igniter doesn’t glow, then the igniter element may be broken. You’ll need a multimeter to check resistance through the igniter so see if the element is bad.

Unplug the range. For safety, always disconnect power before checking resistance. To check the resistance of the igniter, put the meter leads on the igniter terminals. If you measure between 10 and 2,500 ohms, then you know your igniter is okay.

If the igniter measures no continuity, then you need to replace the igniter.

Check the Wiring and Control Board

When you find that the igniter and safety gas valve appear to be okay, you’ll need to check wiring in the ignition circuit and the electronic oven control board.

These DIY troubleshooting steps should help you fix a gas oven that isn’t heating in most situations. If you can’t figure out what’s wrong and fix the oven on your own, don’t hesitate to schedule oven repair service and we’ll send a Sears Tech right out to your home to fix the oven.

It’s a Great Time to Work for Sears Home Services 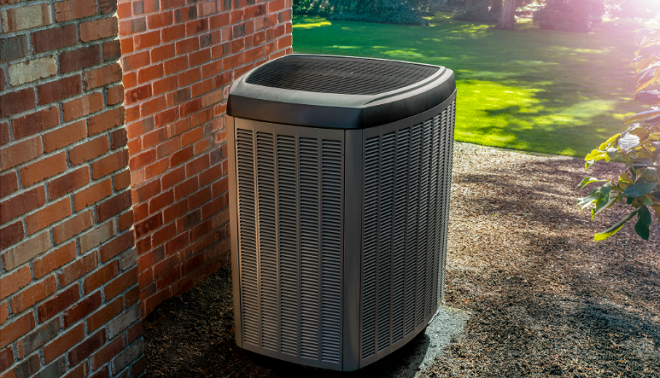 2023 HVAC Regulation Changes and What They Mean for You

Kevin Kanta – Returning to His Roots at Sears

Get Your Snowblower Ready For Winter