Broken ice maker? No water? Won’t cool off? Here are the most common problems in fridges, what probably caused them and how to fix them.

Imagine opening your fridge and having to toss everything into the trash. When your refrigerator isn’t working properly for an extended time, that’s exactly what you’d have to do. The good thing is many of the most common problems are something you can troubleshoot. Here are five common snafus, plus their likely causes and quick fixes.

​Need an expert to repair your refrigerator? 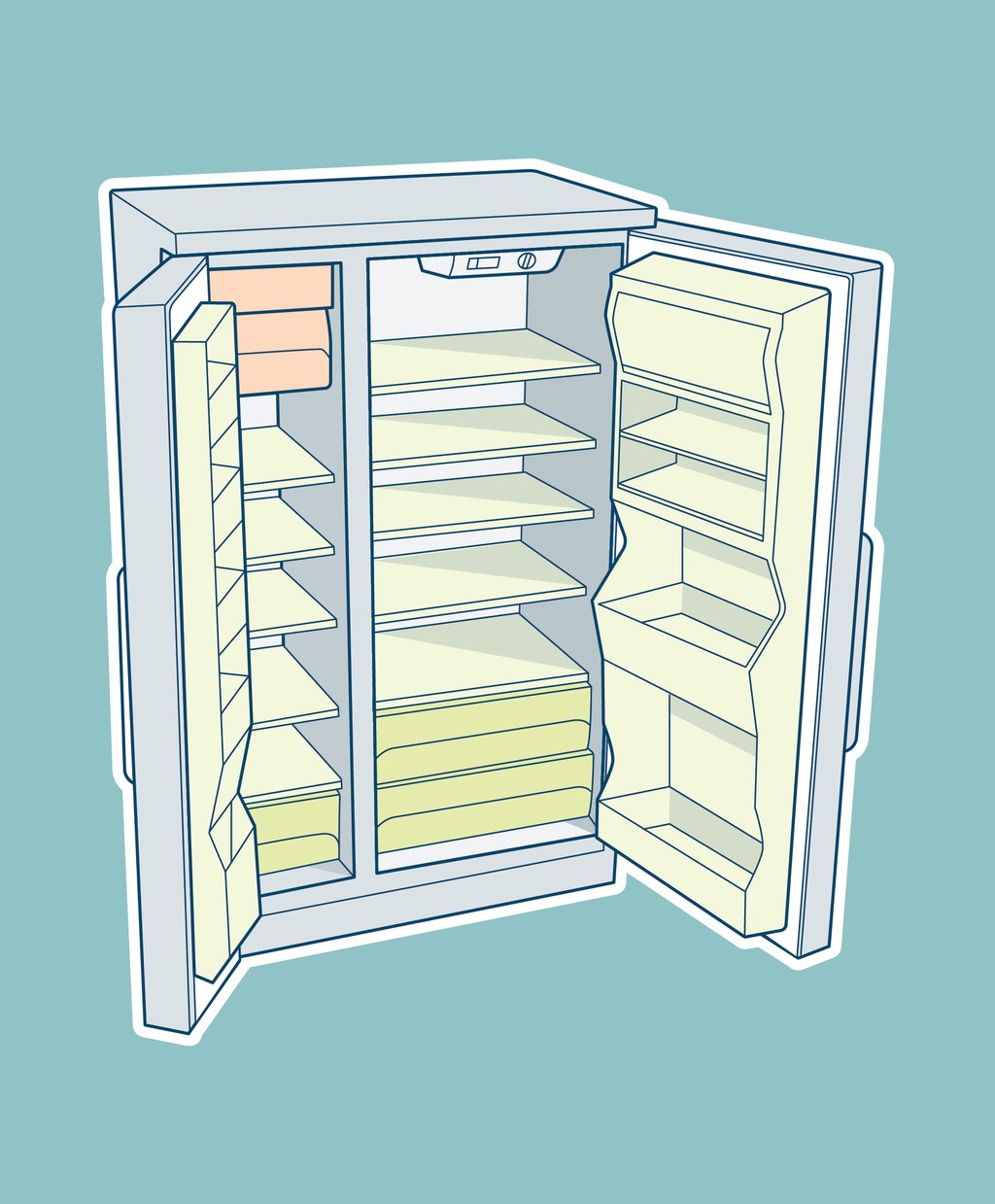 Likely Culprit: The defrost thermostat needs to be replaced if the contacts have frosted over. First, though, unplug your fridge and try cleaning the condenser coils with a condenser coil brush or vacuum. If that doesn’t work, call in an expert.

Likely Culprit: The ice maker motor module may have seized up and needs to be replaced. Another likely culprit could be a clogged water inlet valve. Check for any kinks or tears — but remember to shut the valve off from the household water supply or you’ll have a sitcom-like flooding situation to deal with, too. Check to see if the screen, or filter, is plugged with debris. There could also be a problem with the ice-making mechanism. Most modern fridges use heat to release the cubes (it sounds counterintuitive, we know), and there’s a series of electrical tests to diagnose that problem. If you don’t know your water valve from your filter, though, call a pro.

Likely Culprit: The electronic control board could be damaged from a power surge, worn-out relays or open circuits, and might need to be replaced.

Likely Culprit: If the electronic control board is damaged, it would need to be replaced.

Problem #5: My refrigerator is not dispensing water or ice.

Likely Culprit: Are you changing the filter regularly? Over time, the water filter in your fridge will collect and store the debris and contaminants it’s designed to filter out. So first and foremost, change the filter regularly. In many of the newer fridges, there’s a sensor inside the door that tells you when to do it. The water valve (at the back of the freezer) might also need to be replaced if it’s clogged with minerals and fails to open or close.

Ready for a new refrigerator? Explore our top sellers.

Get the latest news, tips and savings

5 Vital Home Tasks You Shouldn’t Try to Do Yourself

Top Signs You Are Misusing Your Fridge

How to Fix a Refrigerator that Is Not Cooling

5 Genius Hacks to Make Food Last Longer in the Fridge

Are You Misusing Your Oven? 5 Oven Troubleshooting and Tips