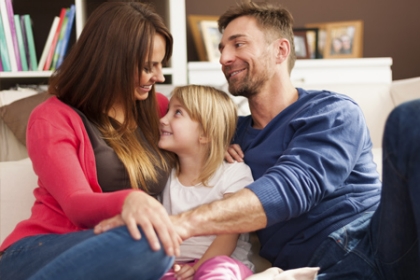 There’s a new set of standards for heating, air conditioning and ventilation (HVAC) systems starting in 2015.

Champagne-fueled renditions of “Auld Lang Syne” aren’t the only things happening when the clock strikes midnight on New Year’s Eve. Starting January 1, 2015, there are new standards for air conditioners and heat pump systems.

What does that mean for you? In the long run, it means homeowners will help maximize the heating and cooling power of new HVAC systems, which can lead to lower utility costs.

Below, we answer your burning questions.

A. SEER, the seasonal energy efficiency ratio, is a set of standards developed by the Air-Conditioning, Heating and Refrigeration Institute (AHRI). A unit’s SEER rating is the cooling output during a typical season divided by the total electric energy input over the same period. To keep things simple, the higher a unit’s SEER rating is, the more energy-efficient it is.

Q. Will the changes affect everyone in the U.S.?

A. In the past, efficiency standards applied to all areas of the country. The new standards do have some regional differences, though. For example, split-system central air conditioners will remain at a 13-SEER minimum efficiency rating for homeowners in the North, while those in the South and Southwest will have to meet a higher, 14-SEER minimum. Packaged air conditioners in the Southwest, for example, must meet a minimum 11-SEER rating.

Q: What were those types of air conditioners you mentioned?

A: Energy Star does a great job of explaining the difference. A split-system has three components: an outdoor cabinet with a condenser and a compressor, an indoor cabinet with an evaporator coil, and an air handler that sends cool air through the ductwork. A packaged central air conditioner has its evaporator coil, condenser and compressor all in one cabinet, which usually is placed on a roof or on a concrete slab next to a home’s foundation.

Q. Do I have to change what I have now?

A. No. In fact, there is an 18-month grace period that allows distributors to sell their remaining inventory. But if you’re in the market to buy new systems in the next few months, it’s a good idea to investigate Energy Star-certified appliances, which will be compliant. These AC systems are about 16% more efficient than conventional models — and older units can see an even bigger increase in saving, according to the EPA.

Energy Star reports that if your central AC unit is more than 12 years old, replacing it with a model that has earned its certification could cut your cooling costs by 30%.

You’ll also be doing your part to help the planet. These savings would prevent 1,500 pounds of greenhouse gas emissions annually, according to Energy Star data.